David Low was a New Zealand born cartoonist whose style I really admired. 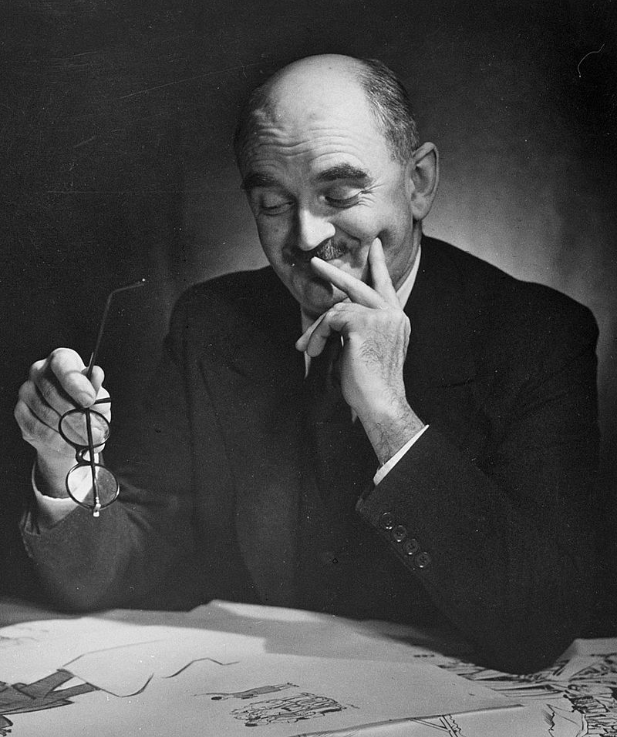 Although he died in 1963, I became aware of his work when I saw an exhibition during my time at the University of Kent in the 1980’s. His cartoon ideas were superb and his ability to draw convincing and comedic versions of the world leaders of his time were second to none.

He relocated to the UK from Down Under in 1919 and from then on (and particularly during the Second World War and the Fifties) his cartoons made a great impact when they appeared in The Evening Standard newspaper.

Up to and during the Second World War particularly, Low’s satirical cartoons lampooning  various members the Nazi party caused a stir and made him very unpopular with Hitler and his cohorts.  At times as well, his cartoons were quite controversial and in a period dominated by a largely Conservative media, his slightly left-wing views were probably at odds with a lot of the British Public.

Despite this, his ability to depict a powerful message and one that was accessible to readers of the time helped him to become one of the pre-eminent cartoonists of his generation though and he remains a key exponent of the art of political imagery.

One of my favourite Low cartoons is actually quite a patriotic one called “All behind you, Winston”. Although Low had had an up and down relationship not always depicting Churchill in a favourable light, he was ready to show the upside of him (and capture the public imagination) when he was elected Prime Minister and was really the only man Low believed could challenge Hitler… 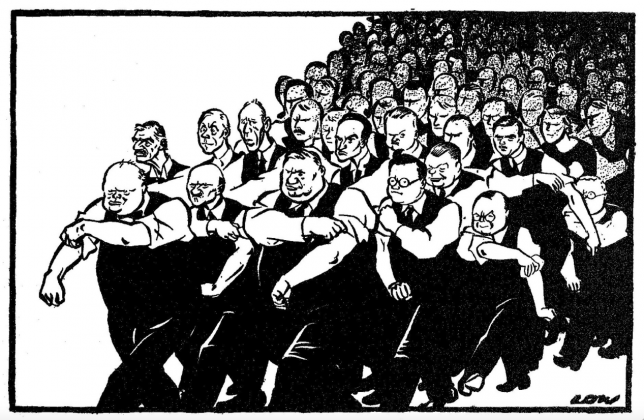 In a world without the internet and only newspapers and radio (and latterly TV) to spread the word, cartoons were so important as a way of making a satirical point about something in the news and Low’s cartoons really struck a chord with Evening Standard readers.

His most famous recurring character was Colonel Blimp – a pompous, irascible, jingoistic old military officer with out of date ideas about wars (and how to fight them). The character would always start his pontifications with the words “Gad, sir…” and he was often the figure of fun within the cartoon, but a good vehicle to make a point. 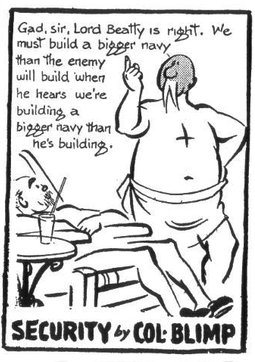 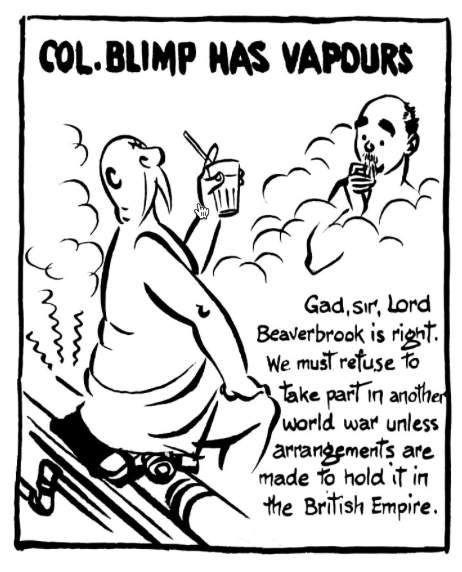 Low’s drawing skill was the thing that really drew me
into the cartoons he created and even though at first I didn’t understand the historical significance of the ideas he was depicting, it made me find out more about the period of the 30’s and 40’s.

After the war, Low’s cartoons continued to make an impact on the peacetime political scene but he moved on from the Evening Standard (and his long association with its owner Lord Beaverbrook) to the Daily Herald in 1950 and later to the Manchester Guardian after 1953.

Above all, his heavy use of black ink, clever perspective and subtle caricature are what make his cartoons work for me and I can only dream of getting close to this level of artistry.

If you want to see more David Low,  search The British Cartoon Archive at the University of Kent.

Alternatively, go here for a nice Google search showing many of his cartoons.